As babies change from a non-reacting doll to an overreacting toddler, they observe, learn and grow. One might ignore their presence thinking that they are too small, but they observe everything and pick up very fast. They are smarter than we think. One thing I have learned in five months of parenting is that you don’t need to teach them what they should do next, they will tell you instead and help you evolve as a parent. 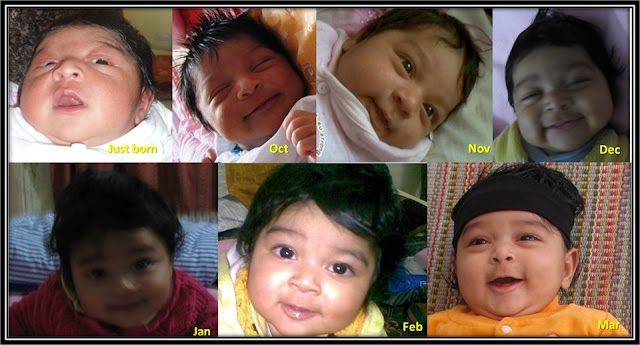 When she was few weeks old Hridhima started with moving her hands and legs as if to strengthen her muscles to be ready for her next step. Moment she knew she was ready she started trying hard to roll over. She finally managed after trying hard for a week, step two complete. She can manage to crawl now but she isn’t very fond of it, she would rather walk. Whatever she finds infront of her, she holds it and tries to stand. Falling and getting hurt doesn’t dampen her urge to stand and walk like we do. And when she finally manages to stand with support or holding our hands she becomes so happy that she starts laughing. 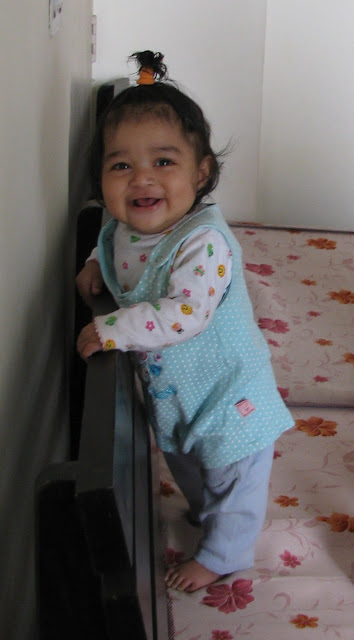 Just like they tell you what their next step is, they also tell you what they feel. You don’t need the jargons of literature to convey feelings. Adults often get irritated when the babies cry. But one has to realize that they are crying only because they have a genuine reason. Babes don’t pretend. After a stressful day’s work it is very easy to lose one’s temper, I did many times, but it only helps to make matter worse. It is important to remain calm and understand the problem, most often than not you do. 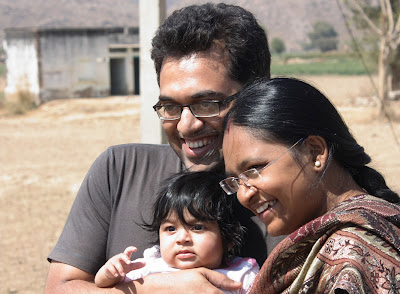 Again, they smile only when they mean to. She smiles when we smile, she laughs when we make strange noise, she giggles when she sees her reflection in the mirror, and now she even smiles when she sees her smiling video in the computer. But when Hridhima had fever she stopped smiling for two weeks. Babies become serious when sick. We were so worried. But her smile returned moment she was fit, and now she is all smiles again. As long as she smiles we know she is fine. 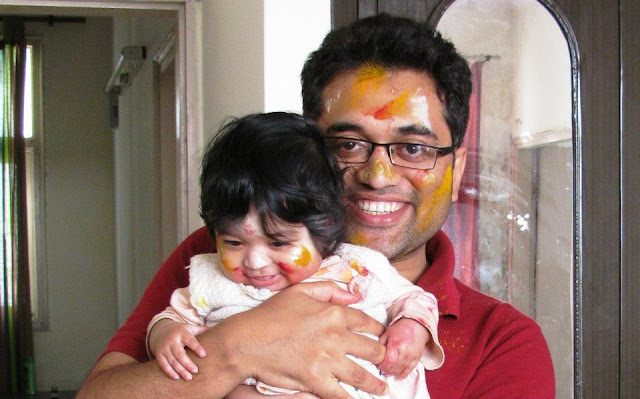 Posted by Subhrashis Adhikari at 8:55 PM 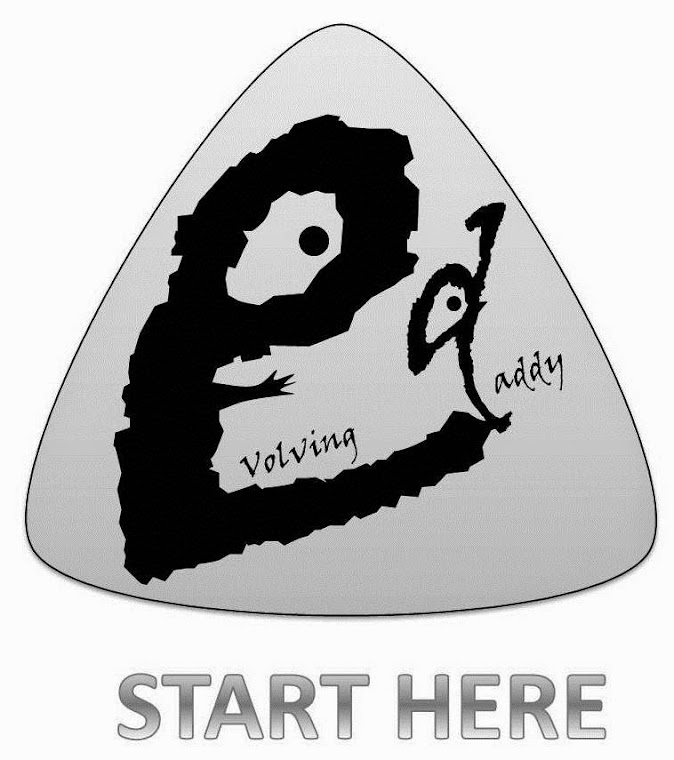